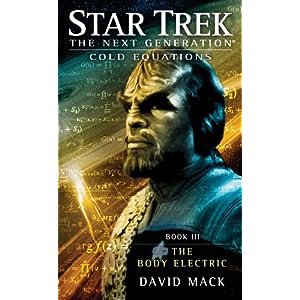 A planet-sized Machine of terrifying power and unfathomable purpose hurls entire star systems into a supermassive black hole. Wesley Crusher, now a full-fledged Traveler, knows the Machine must be stopped . . . but he has no idea how.

Wesley must enlist the aid of Captain Jean-Luc Picard and the Enterprise crew, who also fail to halt the unstoppable alien juggernaut’s destructive labors. But they soon divine the Machine’s true purpose—-a purpose that threatens to exterminate all life in the Milky Way Galaxy. With time running out, Picard realizes he knows of only one person who might be able to stop the Machine in time to avert a galactic catastrophe—-if only he had any idea how to find him. . . .

THE CLIMAX OF A NEW TRILOGY BY THE BESTSELLING AUTHOR OF STAR TREK: DESTINY 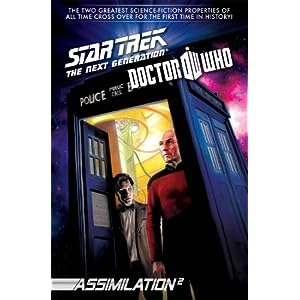 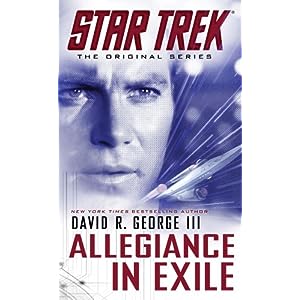 A beautiful green world, rich in fertile soil and temperate climate…a textbook Class-M planet that should be teeming with life. Scans show no life-signs, but there are refined metals, including those associated with a space-faring race…and a lone city. But where are all of the inhabitants? Captain James T. Kirk leads a landing party from the U.S.S. Enterprise, hoping to get some answers.

The away team discovers a city in ruins, covered by dust, utterly bereft of life. Tricorder readings indicate that this is no ancient metropolis—it has been deserted only for a year. And just beyond the citadel lies what appears to be an ancient spaceport…a graveyard of ships that have clearly been sabotaged.

With these ruins too far from either the Klingon or the Romulan Empires, the Enterprise crew can only wonder: Who could have done this? And could this unnamed threat now pose an imminent danger to the Federation? 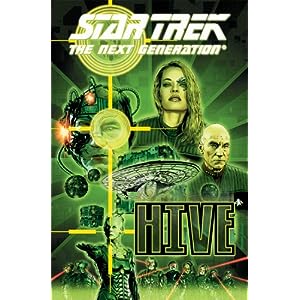 Captain James T. Kirk and the crew of the Enterprise are sent to evacuate the Federation mining colony Vesbius, a frontier settlement that is on the brink of an extinction-level event, threatening the lives of all the colonists and the disruption of ore production vital to Starfleet. However, the colonists refuse to abandon this settlement, not wanting to leave their claims. It is after these irrational decisions that Spock suggests that perhaps an unexpected ally could aid the colony and help complete the mission.... 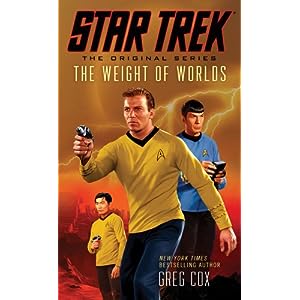 Kirk, Spock, and Sulu must protect the remote Federation colony of Ephrata from the dreaded Coven—beings from another galaxy who are seeking starships much like the Enterprise to spread from world to world, opening gateways between dimensions to eventually conquer the entire Federation. 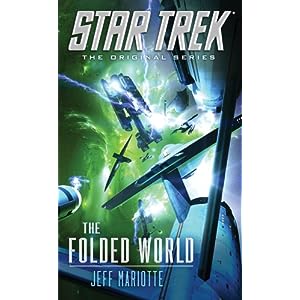 En route to a diplomatic mission, the Enterprise receives a distress call from the USS McRaven. As the Enterprise approaches the area where the McRaven appears to be, the crew encounters an anomoly unlike anything they’ve ever experienced. Space itself seems inconsistent—warping, changing appearance. But during the brief periods of calm, they locate the McRave—along with other ships of various origins, all tightly surrounding and being held in place by an enormous unidentified vessel....

When the crew of the Enterprise is called back home, they find an unstoppable force of terror from within their own organization has detonated the fleet and everything it stands for, leaving our world in a state of crisis.

With a personal score to settle, Captain Kirk leads a manhunt to a war-zone world to capture a one man weapon of mass destruction.

As our heroes are propelled into an epic chess game of life and death, love will be challenged, friendships will be torn apart, and sacrifices must be made for the only family Kirk has left: his crew.

An original novel set in the universe of Star Trek: The Original Series!
Located far beyond the boundaries of explored space, the Goeg Domain is a political union of dozens of planets and races. When the U.S.S. Enterprise arrives in its territory to investigate an interstellar phenomenon, Commander Laspas of the Domain Defense Corps is at first guarded, then fascinated to discover the existence of an alliance of worlds much like his own, and finds a kindred spirit in Captain James T. Kirk. And when the Enterprise is attacked by the Domain’s enemies, crippling the starship’s warp capability and leaving its crew facing the prospect of a slow, months-long journey home, the Goeg leader volunteers the help of his own ship, offering to combine the resources of both vessels to bring the Enterprise to a nearby Domain facility to make the necessary repairs.

But what at first seems to be an act of peace and friendship soon turns out to be a devil’s bargain, as Kirk and the Enterprise crew learn that there are perhaps more differences than similarities between the Federation and the Domain. When the Goeg’s adversaries strike again, the Enterprise is drawn deeper and inexorably into the conflict, and Kirk begins to realize that they may have allied themselves with the wrong side…

An original novel set in the universe of Star Trek: Enterprise!
The Romulans have retreated behind the Neutral Zone, but can the fragile alliances that were forged in the heat of war hold? Captain Jonathan Archer and the crew of the Enterprise are looking forward to easy service and returning to exploration—but history has other plans as they face a greater challenge.

The Fall, Book 3 - A Ceremony of Losses
David Mack